Find out what it’s like spending a week on tour around Japan with Philadelphia’s Sheer Mag.

A spacious black Toyota Sprinter crept through a river valley, up a winding hill, and into the venue’s parking lot. Sheer Mag piled out of the van and greeted their new friends, exchanging names and complimenting each other’s band shirts. Forest and a palpable mist surrounded them, with a light September rain that grew steadier as the night went on.

Tsuyama, about 200 kilometers due west of Kyoto in the Okayama prefecture of Japan, felt like the sleepiest city in the whole world.

But inside of K2, a 200-capacity venue, was absolute chaos. It seemed as though every fan of alternative music in the entire prefecture was in attendance. There were eight bands on the bill, including Spanish pop punks Accidente and Japanese raw powerhouses Skizophrenia and Kriegshög. Cans of Sapporo and blue and red-colored shots were slammed with focused abandon.

“Hey, I’m the tall guy. I’m too drunk. What’s up?” slurred Sheer Mag’s frontwoman Tina Halladay as the band took the stage. “This guy’s my best friend! Go get me shots! Shots!” After playing “Meet Me in the Street,” the first track on their debut LP, Need to Feel Your Love, Halladay made a fart noise into the mic while guitarist Matt Palmer tried to yell, “Arigato!”

This show was everything rock & roll can and should be. The crowd swayed to the perfect riffs, at times knocking each over with joy and enthusiasm. Outstretched arms and fingers flared in the direction of lead guitarist Kyle Seely for every solo he ripped. Bassist Hart Seely, the more mysterious Seely brother, even cracked a grin or two on stage as Halladay tried to kiss the mouths of her bandmates between and during songs. And with the addition of third guitarist Kora Pucket of Bugg and new drummer Giacamo Zatti of Tørsö to the band’s live lineup, Sheer Mag’s sound was fuller than I’ve ever heard it.

Tsuyama was one of the seven Sheer Mag shows I was able to catch during their tour of Japan this September (they played eight total, three of which where in Tokyo). I hopped on a plane, and into the van, as a fan and a friend of the band. Sheer Mag and tour promoter Takashi Kosaka of Black Hole were gracious enough to save me a seat. When I’d travelled with Sheer Mag in North America and Europe, I was at least able to help sell some merch, and load in and out. But in Japan, since the only Japanese words I know are ramen ingredients and there is a full backline at every venue, I was utterly useless. A complete waste of space.

As a journalist, I brought a camera, audio recorder, and notepad with me, eager to make myself even more useless. I did not have a set plan for how, or even if, I would document the tour. I wanted to share with other fans the privileged experience I was getting to have: of seeing a band at the top of its game so far away from the miserable state of affairs in the USA, playing to packed rooms of smiling fans night after night. I wanted fans back home to see what it was like to have Japanese concertgoers waiting for autographs after the show, and screaming “Tina! Tina!” between songs. In America, Sheer Mag are DIY heroes who have broken into the professional touring and festival circuit. In Japan, they are simply rock stars. Check out the photos I captured below. 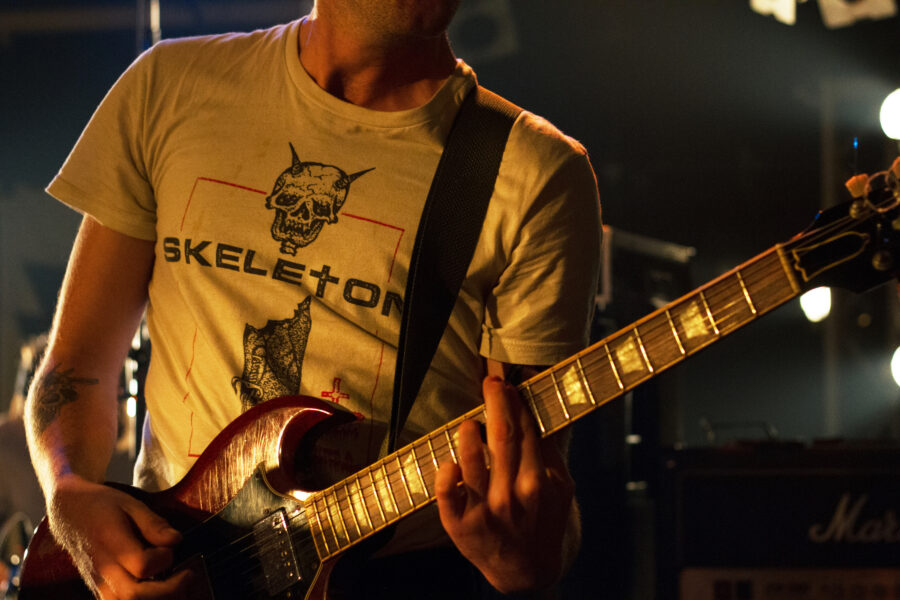 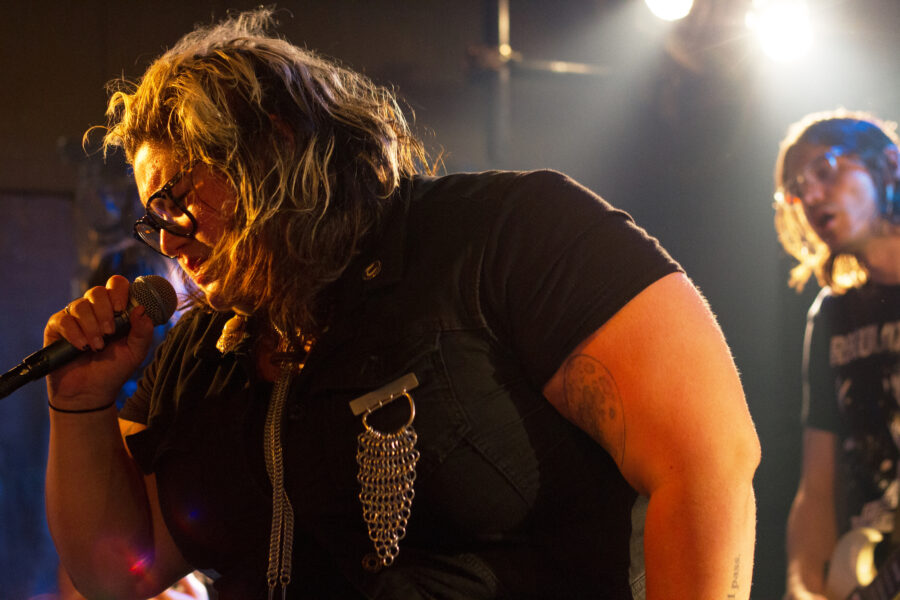 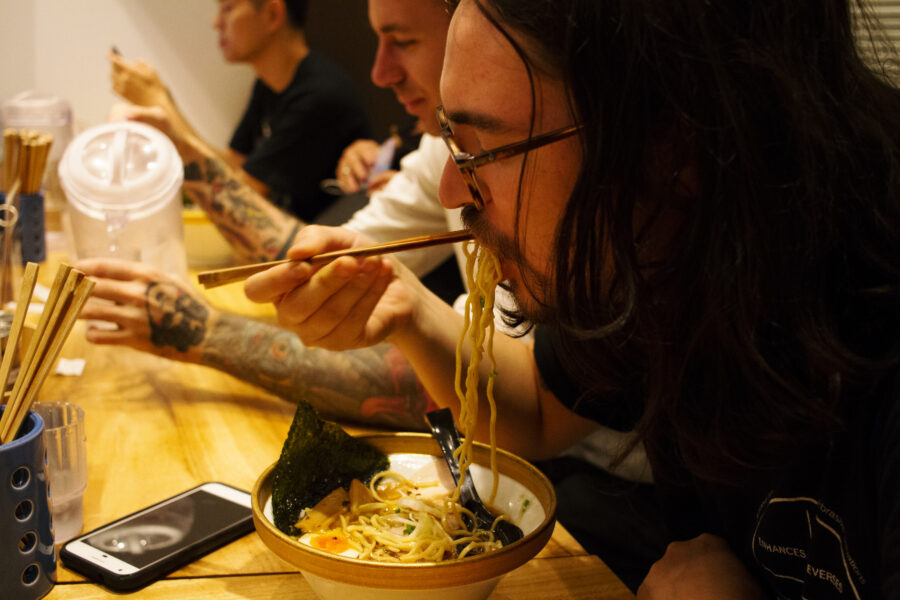 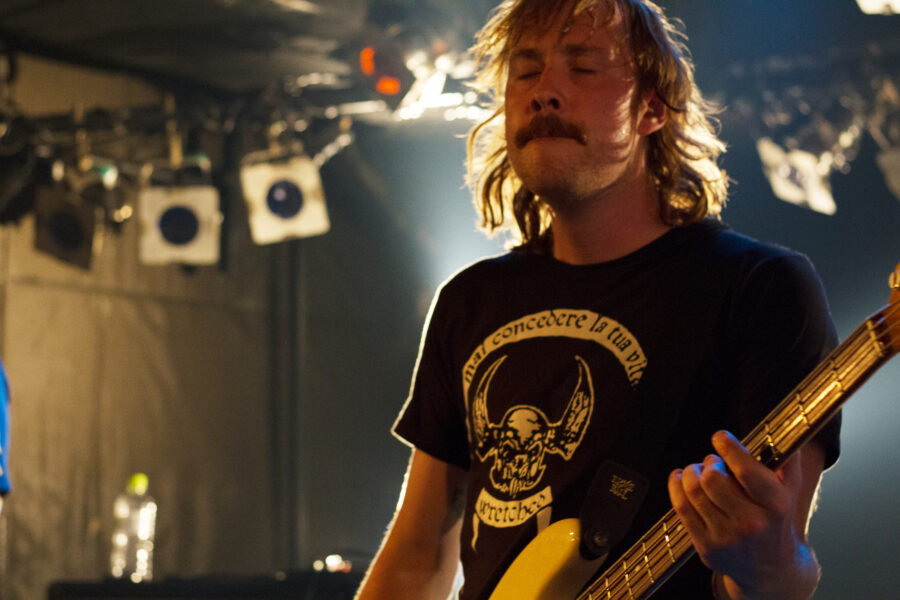 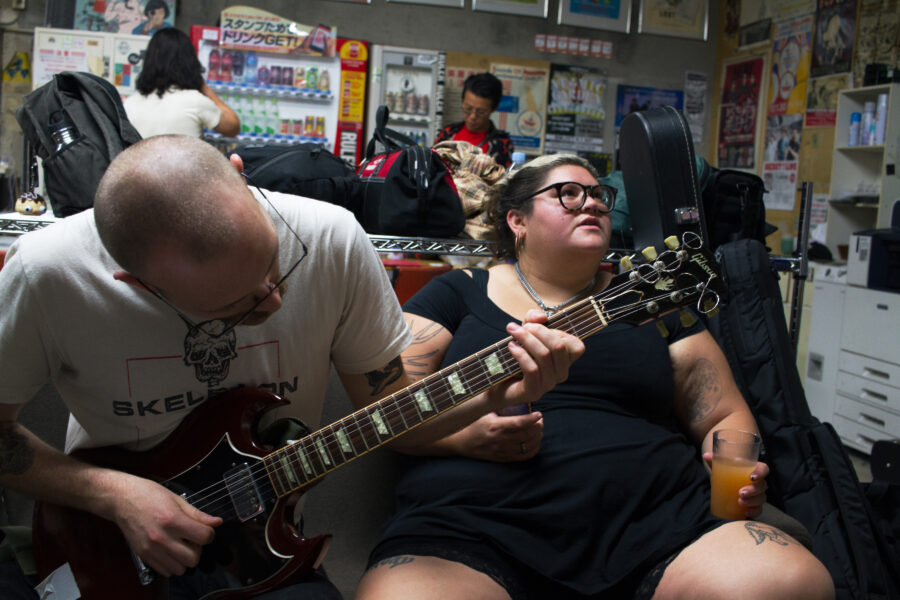 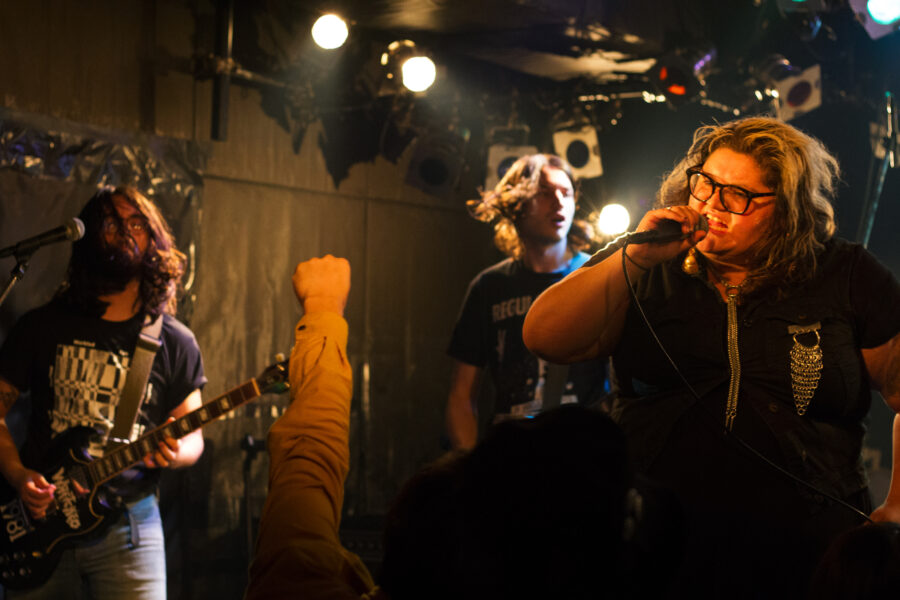 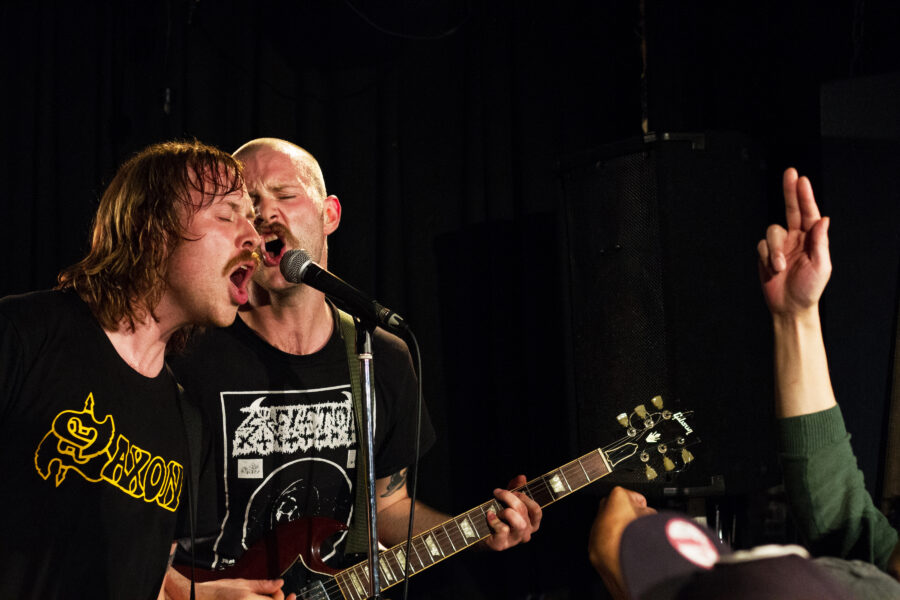 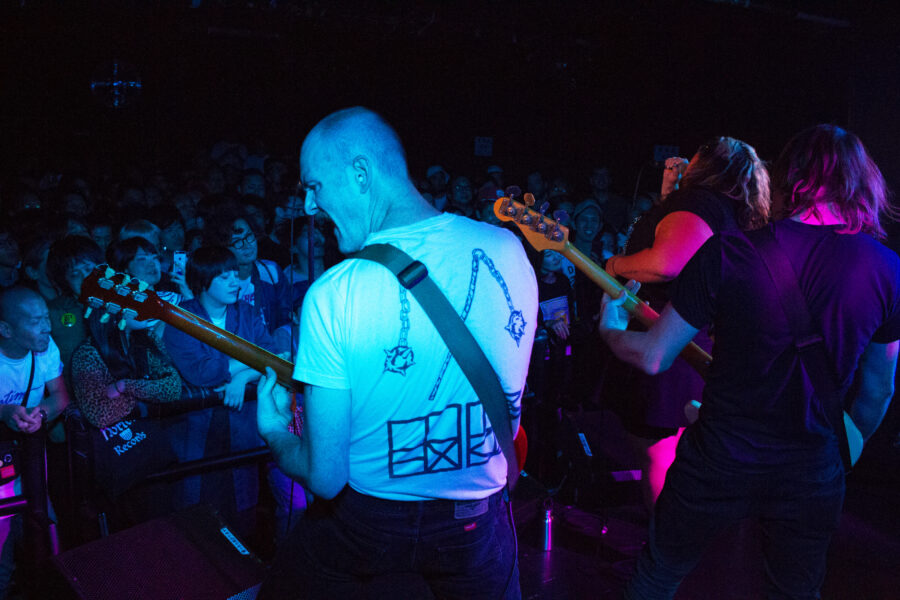 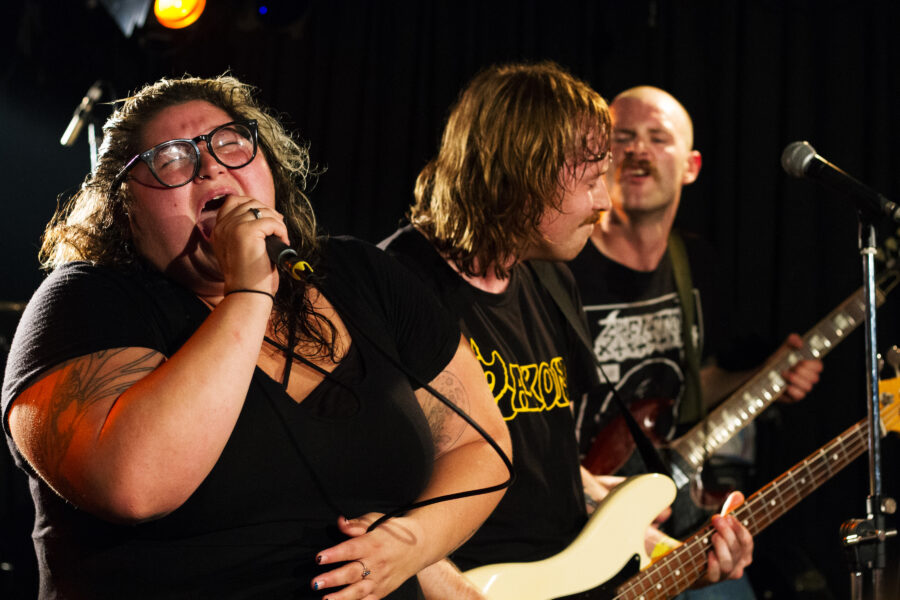 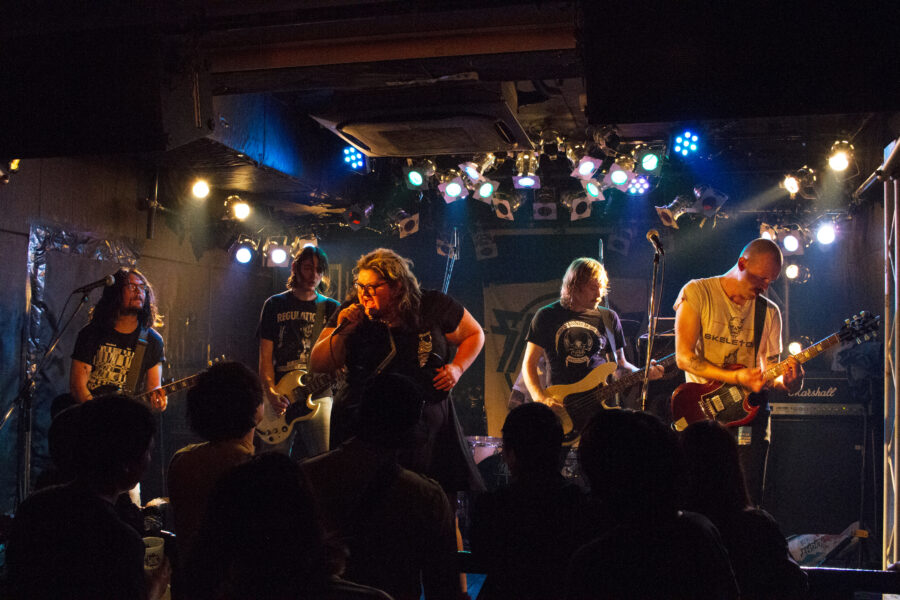 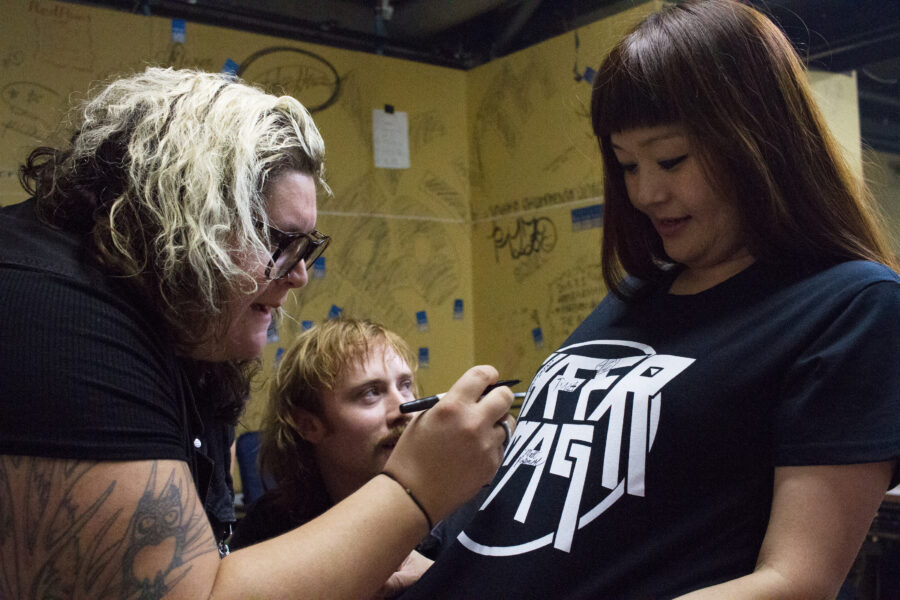 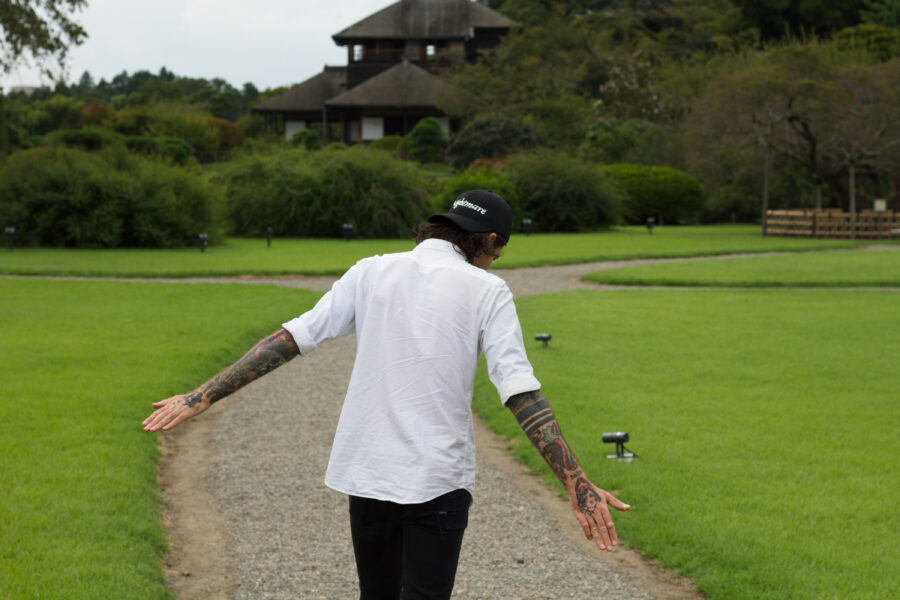 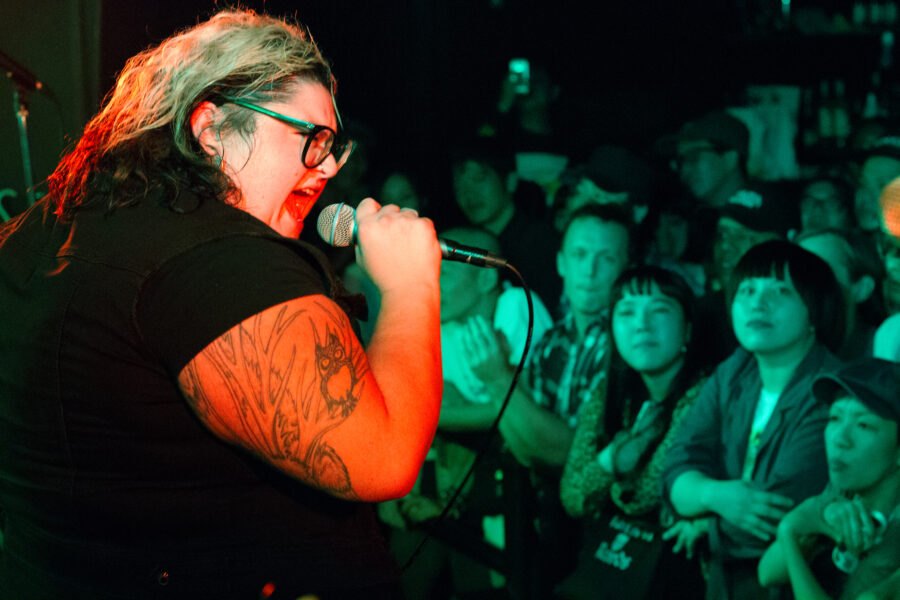 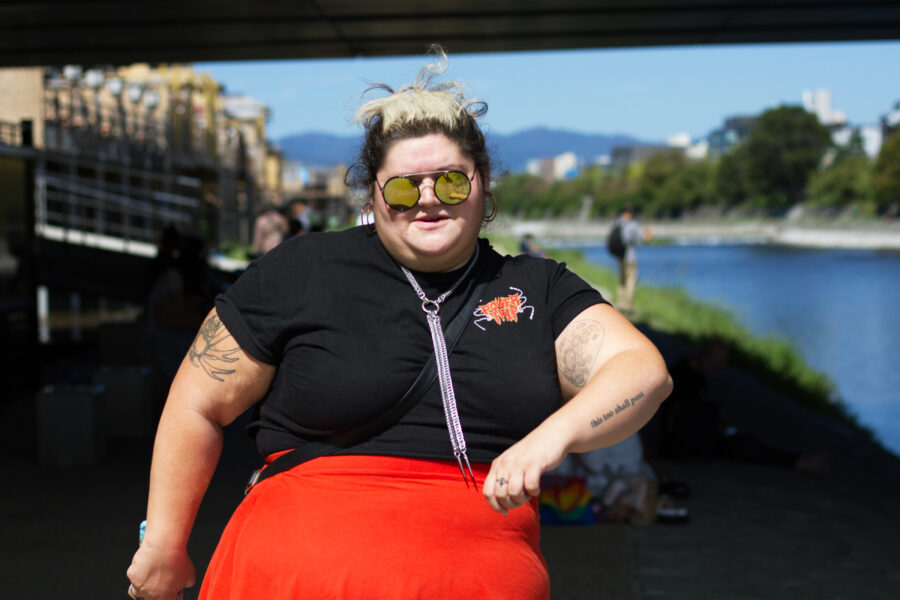 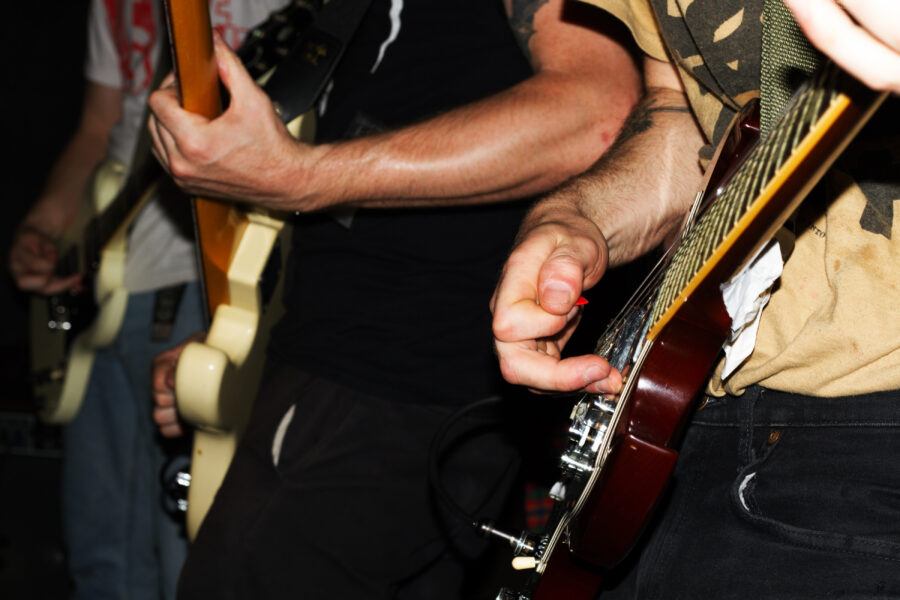 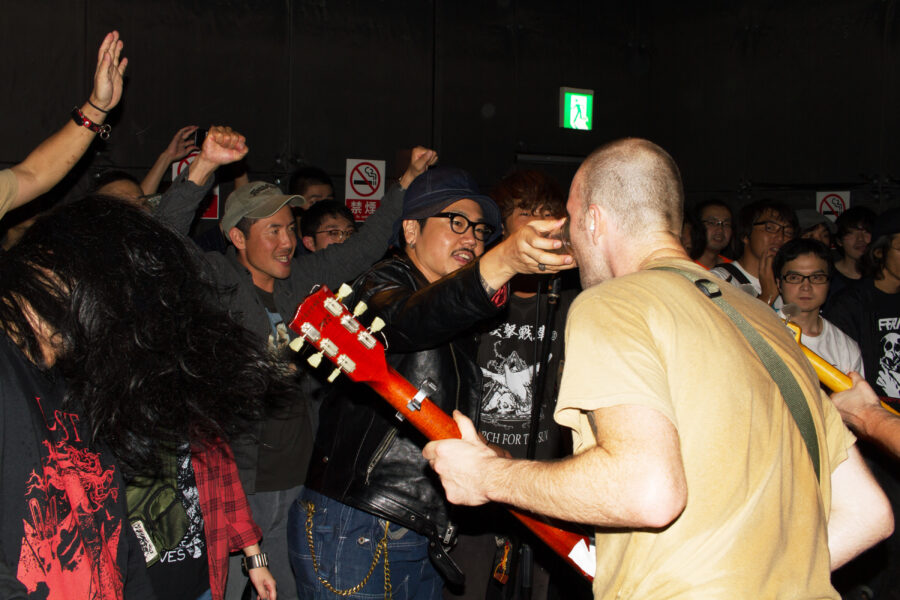 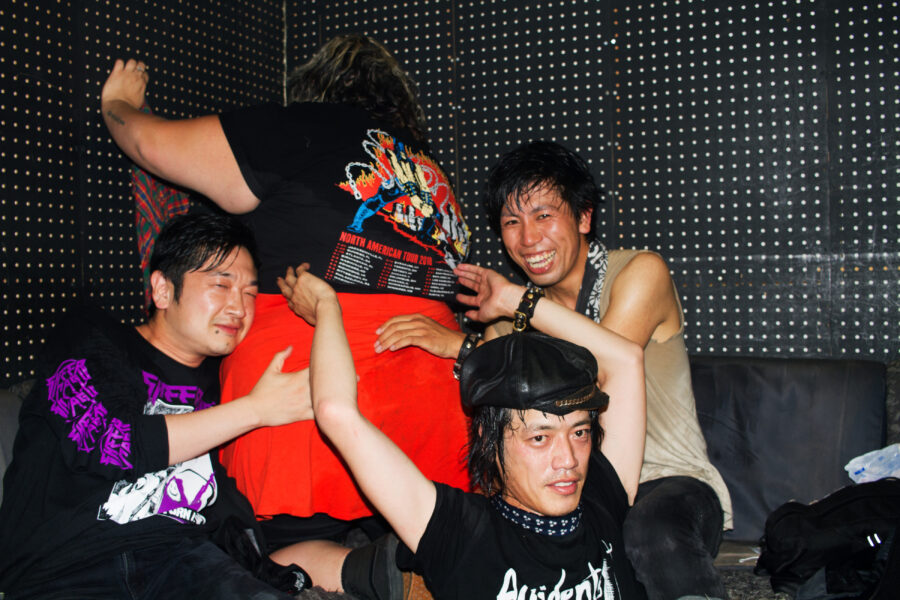 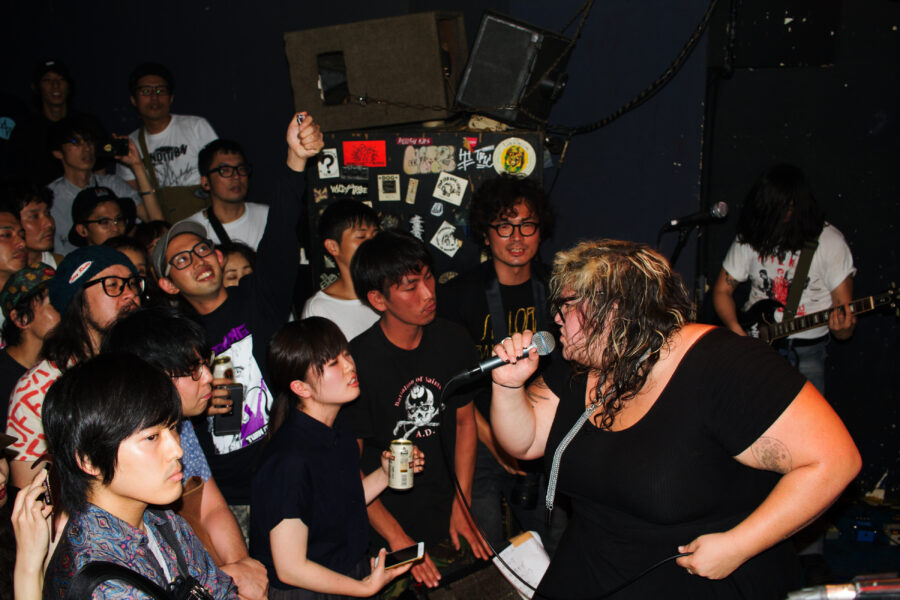 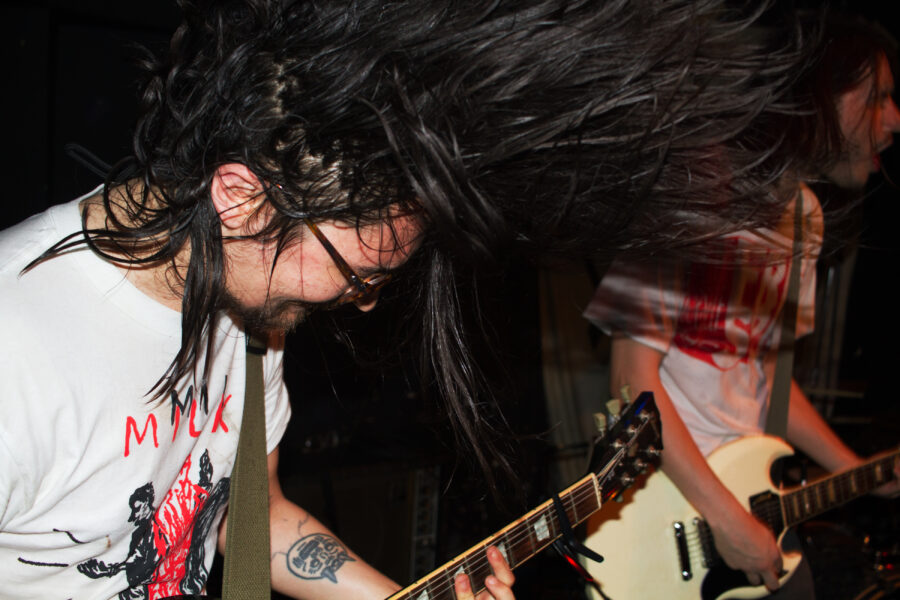 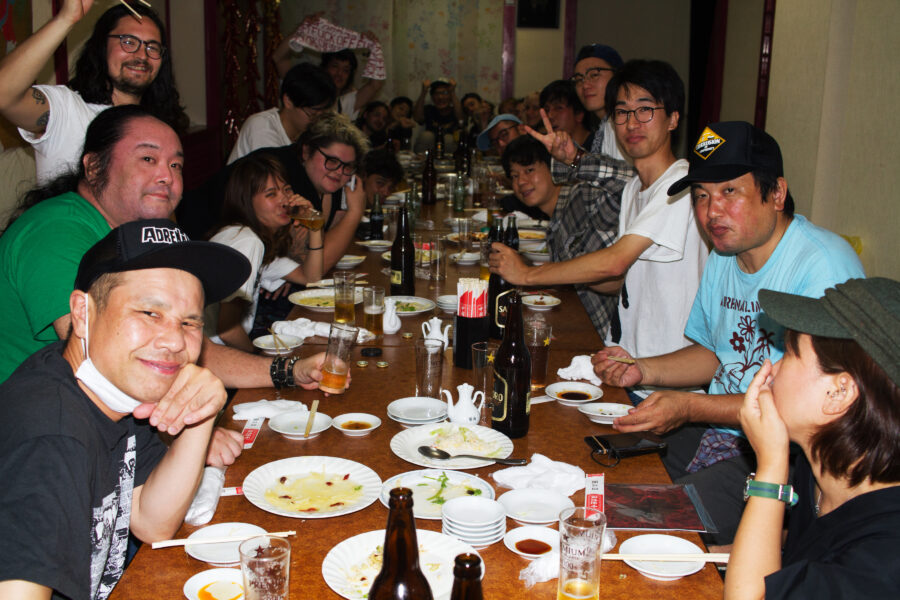 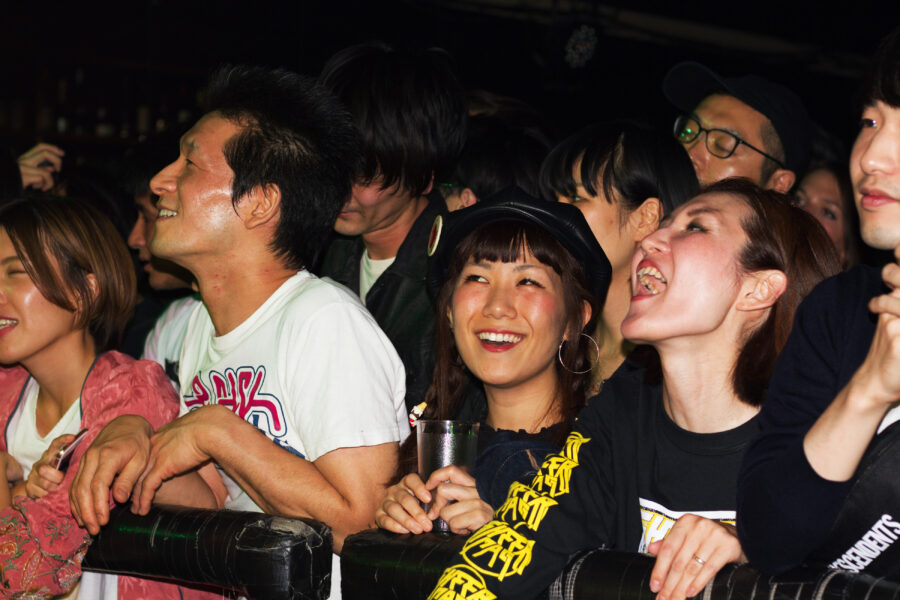 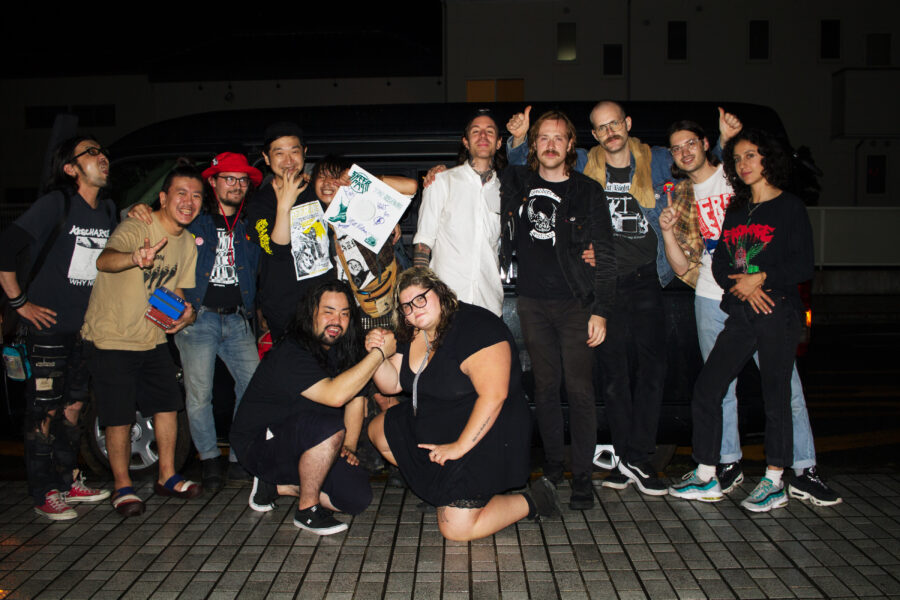 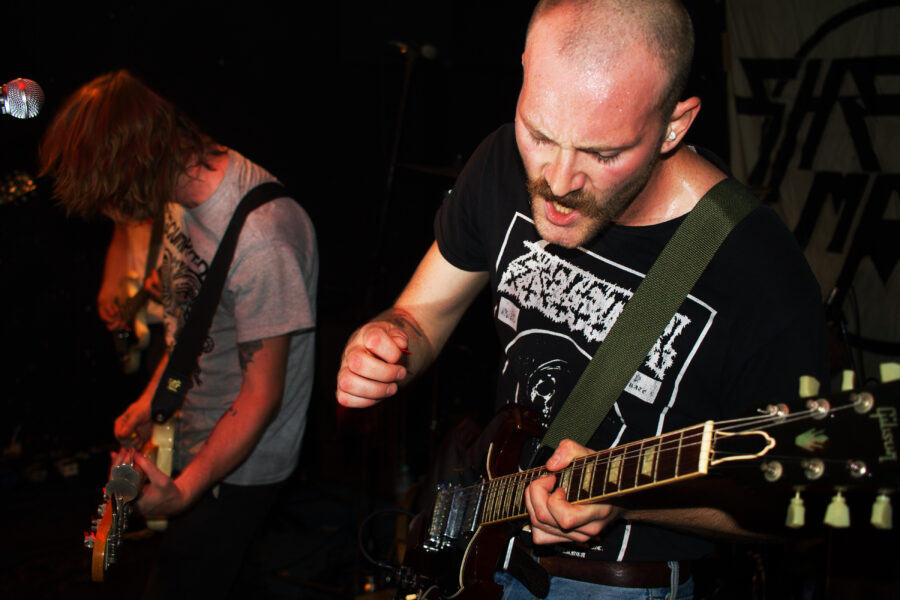 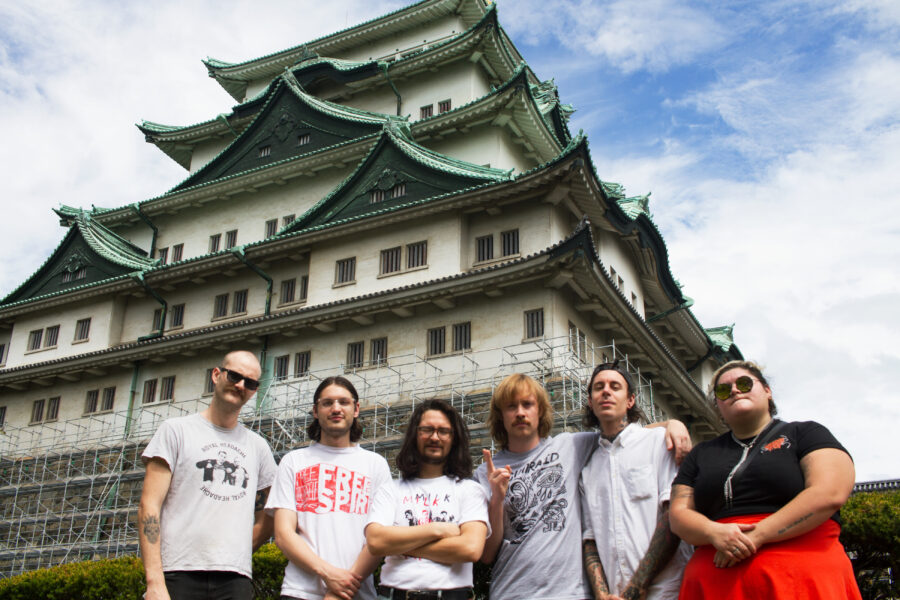 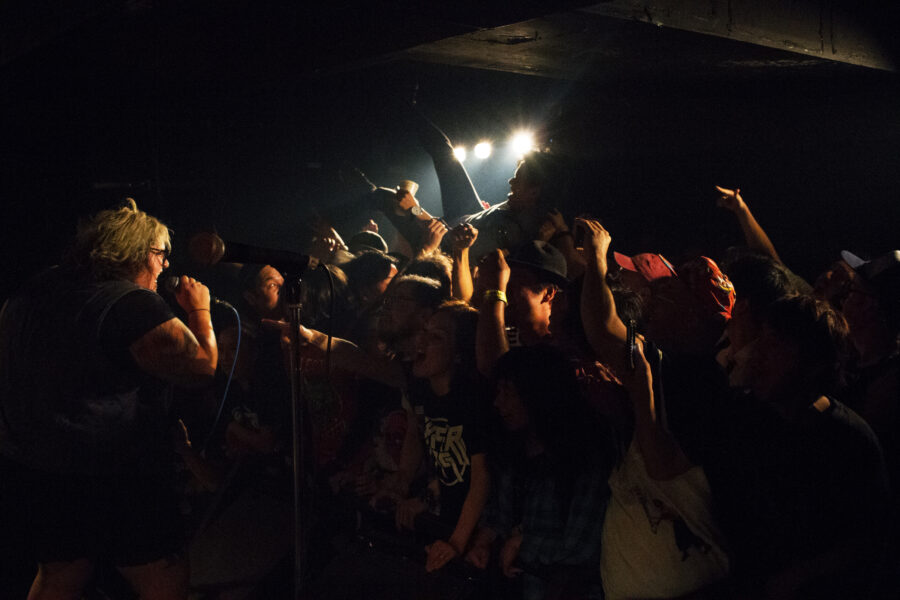