To celebrate their new EP, Moments of Terribleness, the frenetic NYC garage rock band shows us how to make a record—literally.

It’s 2020 and vinyl is still—miraculously—kicking. But how many musicians who release records actually have a hand in their physical production?

In “Making A Record,” a photo series premiering today on AdHoc, Brooklyn quartet Stuyedeyed gives us a glimpse into that process. Manager Ricardo Carlota captured members of the band pouring and pressing 500 vinyl records for their Moments of Terribleness EP with the help of Stereodisk’s Leandro Gonzalez.

“I’ve always been a hands-on learner,” vocalist and guitarist Nelson Antonio Hernandez-Espinal tells AdHoc over email. “[Gonzalez] is the nicest dude in the game and walked me through the entire process from when we first met and discussed artistic direction for the vinyl. By the end of it, I knew we had to be involved.”

The EP’s four frenetic garage-rock numbers feel equally well-suited for moshing as they do scowling on the subway as you curse the awesome, violent power of capitalism: Its opening number, “Welcome to New York,” is a minute-long anti-gentrification manifesto that shows the band at their scrappiest and most trenchant. For Nelson, hand-pouring and pressing vinyl was an obvious choice given the band’s vision for this release and their DIY ethos more broadly.

“This whole record stems from coming to terms with one’s self and just all-around honesty,” explains Nelson. “I wanted this project to come from the heart and our very hands. It’s about making mistakes and being brave enough to fuck up, but something beautiful comes out on the other end.”

We spoke to Nelson, bassist Humberto Genão, drummer Luis Ruelas, and guitarist George Ramirez about the vinyl-making process, their frenzied live shows, and the story behind Moments of Terribleness, which is out now. Check out the full interview and photo series below, and catch Stuyedeyed at The Sultan Room on February 6, with support from Material Girls and Gift.

AdHoc: When did you write and record Moments of Terribleness? What was that experience like?

Nelson Antonio Hernandez-Espinal: The EP was written after our first national tour during the Summer of 2018. It was an extra sweaty summer. I had convinced myself that I’d teach myself how to play drums, so I set up a kit in my bedroom, which gave me roughly four square feet of walking space. That got tired pretty quickly, so I kept the floor tom, snare, and one crash cymbal. I wanted to find myself in a space where I felt all the bullshit stripped away; I wanted to be in a bare and vulnerable state. I demoed everything with a Sony DJ mic from the early ’90s that was left at home from my uncle’s DJing days—acoustic guitar through distortion and feverishly slamming away on a broken down kit. I think the anxiety and “heat” that the record showcases comes through the most on the last track, “Butcher Shop.”

We recorded [the EP] with Jeff Berner at Strange Weather in Brooklyn in the middle of September 2018. Took us a day at Strange Weather and another day at our rehearsal space to do some overdubs. Jeff has a level of positivity that just allows for the process to go smooth and for the artistry to really thrive. I tend to get really in my head about doing vocals and prefer to do them alone and at my own pace, so we agreed on me capturing them with that shitty microphone from the demos in my bedroom. That really was the cherry on top for the whole experience.

George Ramirez: Nelly came in [with] some demos he tracked at home. The joints were stripped renditions of songs you can imagine a young guy like himself (not white) writing after strumming a few chords in a hot small room. The demos gave us an outline we modified to be performed by a band that consists of other young fellas like himself (also not white). That era of the group was defined by a tenacity to be unignorable, or at least play a set that was unignorable, given the case of being one small “fish” in an ocean oversaturated with affluent scum and privileged fishes that take “swimming” for granted.

We dreamed of having wax that could represent who we are for a fraction of those 30 odd minutes we’re graced with across the country. We went into Strange Weather with the intent of tracking all instruments, but settled with leaving Nel to do vox alone in his hot room. I think it lends to the claustrophobia of the record.

Humberto Genão: This process in particular was truly unique for me. Nelson brings many talents as a songwriter. [He] and I have been working musically for many years. The past few years have been integral to the journey, since I got to witness a lot of the experiences that Nelson authored in the lyrics within this particular EP.  2019 was a rough year, and I feel humbled to say that through this process of being open, I discovered my own flaws and weaknesses. It feels good.

What made you want to pour and press the vinyl yourselves?

Nelson: I’ve always been a hands-on learner. Leandro Gonzalez over at Stereodisk in NJ is the nicest dude in the game and walked me through the entire process. By the end of it, I knew we had to be involved—maybe because I’m a bit of a control freak as well? This whole record stems from coming to terms with one’s self and just all around honesty. I wanted this project to come from the heart and our very hands. It’s all about making mistakes and being brave enough to fuck up, but something beautiful comes out on the other end. Finding the right color combination was a battle in itself, but all of these happy mistakes yielded such beautiful results. Every single one of those hand pours is unique.

George: We thought “Can we do it?” I’ve always wanted to press my own wax. It’s the only medium that makes any sense to my family, and as I’ve grown older, its significance becomes clearer and clearer to me. True—there is more than one way to skin a cat, and vinyl is by no means the only medium by which a musician can share and express their craft. But in order to innovate, you gotta know the road you are crawling on. Artist makes music. Artist presses record. Artist sells record. Artist makes capital. Artist does it again. Ouroboros.

What does pouring and pressing records entail?

Nelson: Leandro is the one who should be breaking this down, haha. But it’s actually a really simple process—the machinery is just old and definitely needs to be maintained. I respect Leandro a lot for dedicating his life to a trade that, while there is a resurgence, does not have a lot of knowledgeable people left in the game in comparison to the ’70s and ’80s. But I digress.

Hand-pouring wax is a little more involved. For our record, we used a combination of three different colors, poured at different times, to get the hazy effect you see. You pour the base color into the tub that feeds into what is essentially a heating tube with a rotating coil inside. That pushes the pvc/wax/materials through, melting it down into a single wax puck. Literally looks like a candy hockey puck. To get the haze effect, it’s all timing. You wait until the visible part of the coil at the bottom of the tub/funnel is clear, and then pour in the secondary color. The machine then takes the puck, lays it in between the side A and B labels, and then presses it in between two plates, each having their respective side of the vinyl engraved. Simultaneously, it cuts the signature big hole you see in 45s. It’s such a rewarding feeling to see that shiny wax in the color you imagined slide down!

George: Before we even started, Leandro gave the band the option of pressing wax with or without the center 1.5 inch hole. We chose to go with it in the hope of one day seeing our joint spin and play inside a classic jukebox—the type you find in a diner or bar where the only thing they update are the menu and the records. Thanks RCA!

Luis Ruelas: I was working for the man, so I wasn’t able to help pour.

You also made a film photo series that documents the process: “Making a Record.” What made you decide to do that?

Nelson: That credit goes to our manager, Ricardo Carlota. My head was most certainly in “We-have-to-press-500-records” mode. I think we knew how important it was to document the experience. Less than two months prior to that, we didn’t know if we were even going to be able to put the record out. Thanks to the indiegogo campaign we ran and everyone who supported us, we were there in the flesh. It’s also not something every band gets to do—it was significant for us to be taking this project into our own hands.

Humberto: I think the theme and attitude within the songs almost warranted to be captured. I’m African and Latinx. Don’t nobody give a fuck until they have no choice but to give a fuck (go listen to “Thieves in the Night” by Black Star.) People like me are usually invisible to the hubbub that wants to consume our style, culture, swag, vernacular, etc. yet doesn’t represent the […] socio-economic disparity that [characterizes the] Black/Native/Latinx experience.

Tell us a little bit about your live set. What can fans expect from your upcoming show at the Sultan Room?

Nelson: Relentless. Focused. Unhinged. Theatrical, even. The illusion of control. Forget what you know about your rock show. We’ve been keeping pretty quiet and have been working on new material as we’re writing and recording for our debut LP. Stuy currently feels like we’re sonically expanding ,and yet coming back as close to our visceral center as possible. I think thematically, we’re diving deeper from MoT. We’re in a comfortable place to share these new songs, perspectives, and visions. 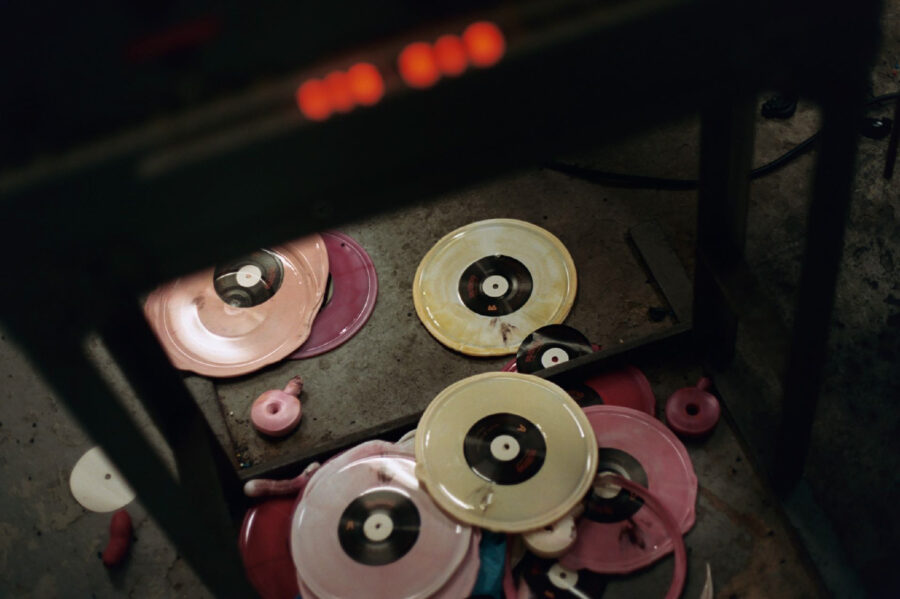 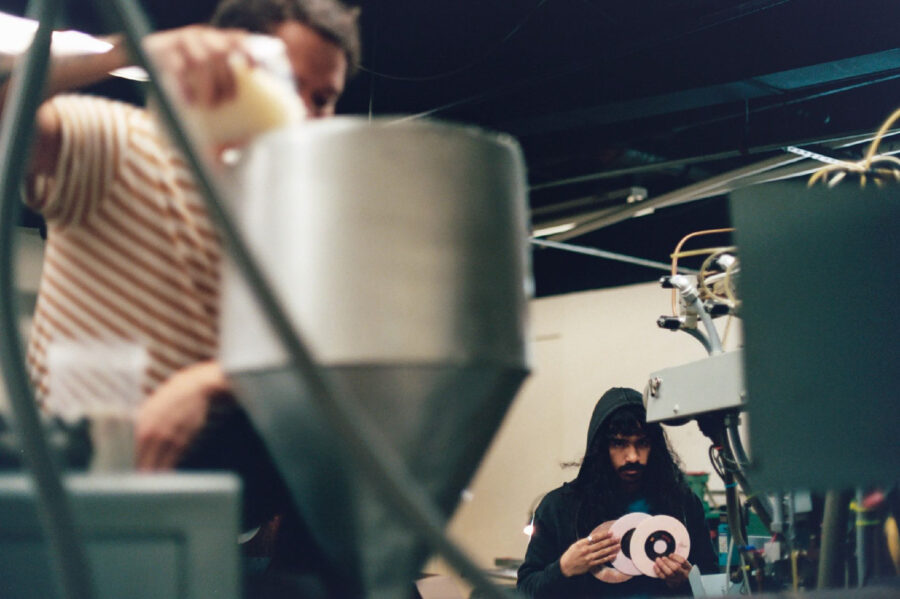 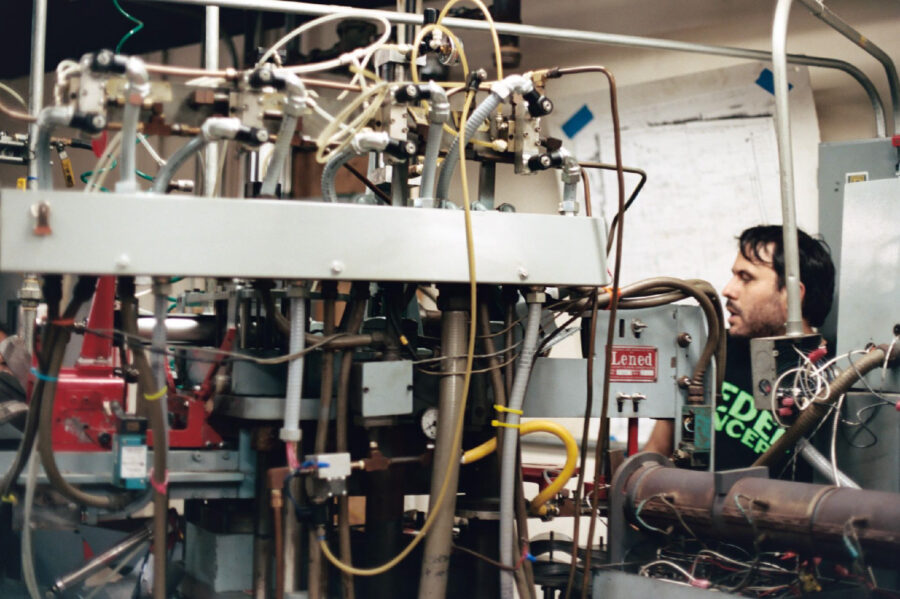 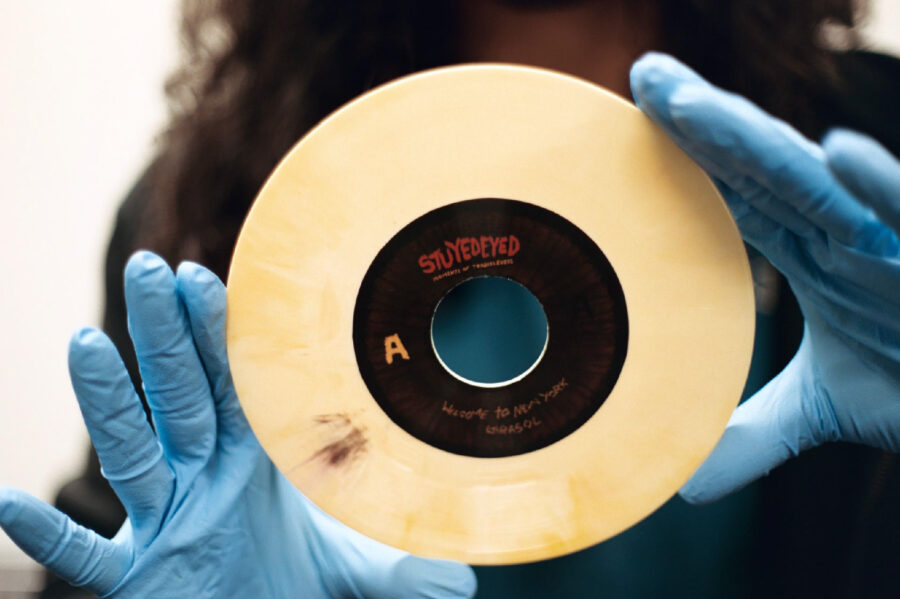 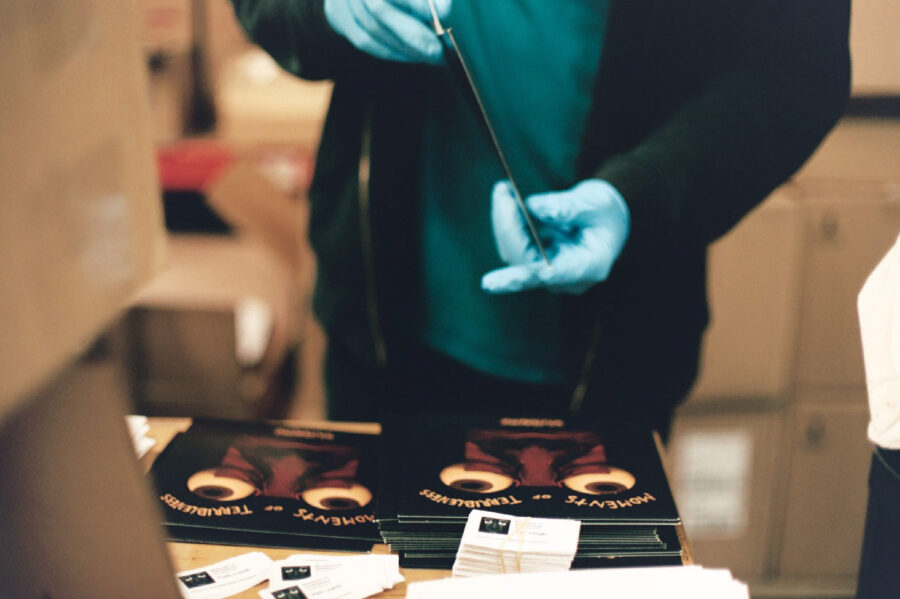