For a monthly contribution, fans get advance access to shows, a free tote, and other rewards.

Today, AdHoc is excited to announce the first issue of our expanded quarterly zine, featuring cover art by Lonnie Holley, interviews with Fucked Up and Tune-Yards, a recipe from U.S. Girls, a guide to Philadelphia by Nothing, a life advice column from Guerilla Toss, short fiction, a crossword puzzle, and more. We’re also unveiling a new membership program, powered by Withfriends. The campaign offers fans a slew of perks and goodies in exchange for a monthly contribution, including advance access to tickets, copies of our zine delivered to straight your door, a members-only monthly playlist, and an AdHoc tote. Help us support underground music by supporting our digital editorial operation and print zine.

A Letter From Our Editors

At the end of August, The Village Voice announced that it would be winding down its publishing operation. The news, which marked the end of the newspaper’s six decades of existence, hit close to home. We’d grown up with the Voice, often taking the subway all the way to the East Village just to snag a paper, because there wasn’t really any other way to find out about shows; those of us who lived elsewhere would read its website from afar, fantasizing about pockets of creativity not yet within our reach. Now, fringe music is pushed at us from a thousand directions at once, leaving us as music fans desperate for someone or something to help us make sense of it all—and unable to fall back on many of the local institutions we thought we could count on being around forever.

Since 2012, AdHoc has produced 25 print issues. We’ve now unleashed our 26th. We’ve experimented with an array of formats along the way, from here on out we’ll be putting out four expanded magazines a year. Each will offer a robust look at the people, places, and quirks that make the New York—and other cities with robust underground scenes—so special. Along with our usual offering of interviews and advice from artists, you’ll find recipes, short fiction, a new feature called Best In Your Town, and even a crossword puzzle.

There’s a sense of loss running through this issue: Lonnie Holley, who also designed our cover, talked to us about the end of the world, while Uniform’s Ben Greenberg shared his memories of a youth spent running around the old Knitting Factory in Tribeca. The world is no longer a village. Every day it feels bigger than it did yesterday, and in our own small way, we want to do our part to make it feel like home. 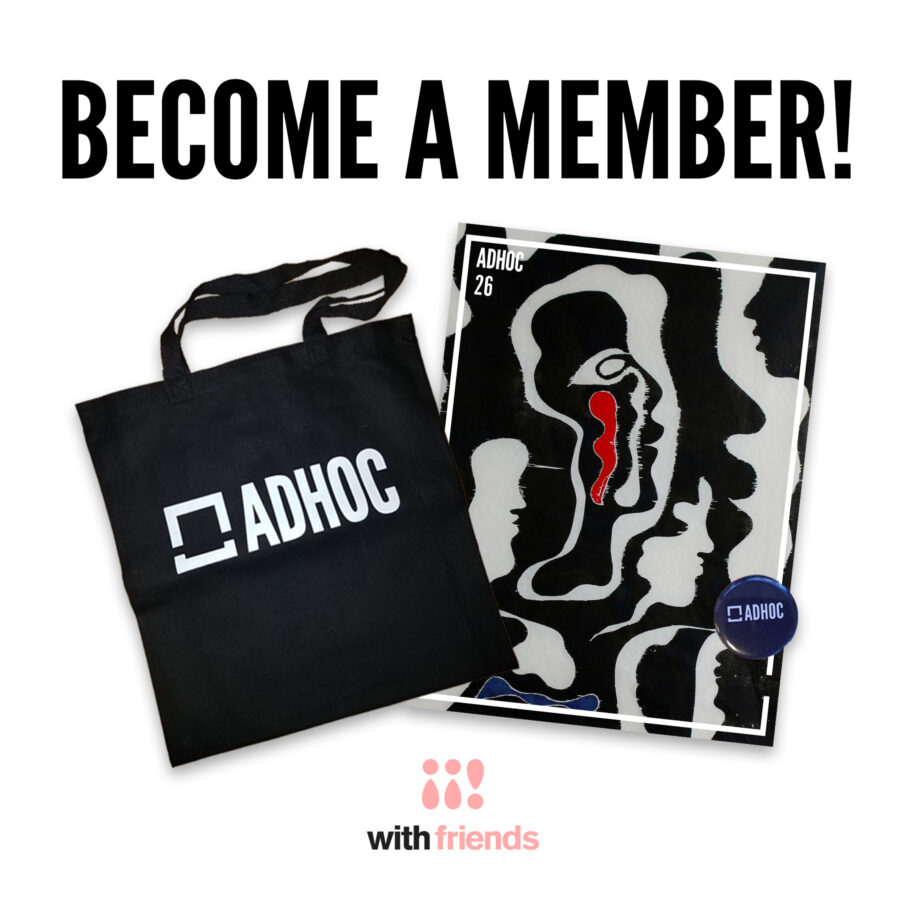